Three members of the Ireland Women’s silver medal-winning side in Seville have been included in the HSBC Dream Team selection.

The trio picked up a large share of the public votes following Ireland’s historic run through to their first World Series Cup final, with five wins out of six across the weekend for Aiden McNulty’s squad.

Murphy Crowe and Mulhall previously made the HSBC Dream Team when Ireland finished fourth in Sydney in 2019, the season that the Tipperary speedster was part of the overall series’ Dream Team and won the Top Try Scorer award.

Murphy Crowe and Mulhall, who scored three tries and kicked 13 conversions, were the leading two points scorers in Seville, with 45 and 41 points respectively.

Versatile youngster Higgins also had a terrific tournament, making a number of incisive carries and some key plays in defence as well as running in four tries of her own.

Higgins is still only 22 but played her 100th World Series match in Seville – the memorable 29-0 Cup semi-final victory over England. 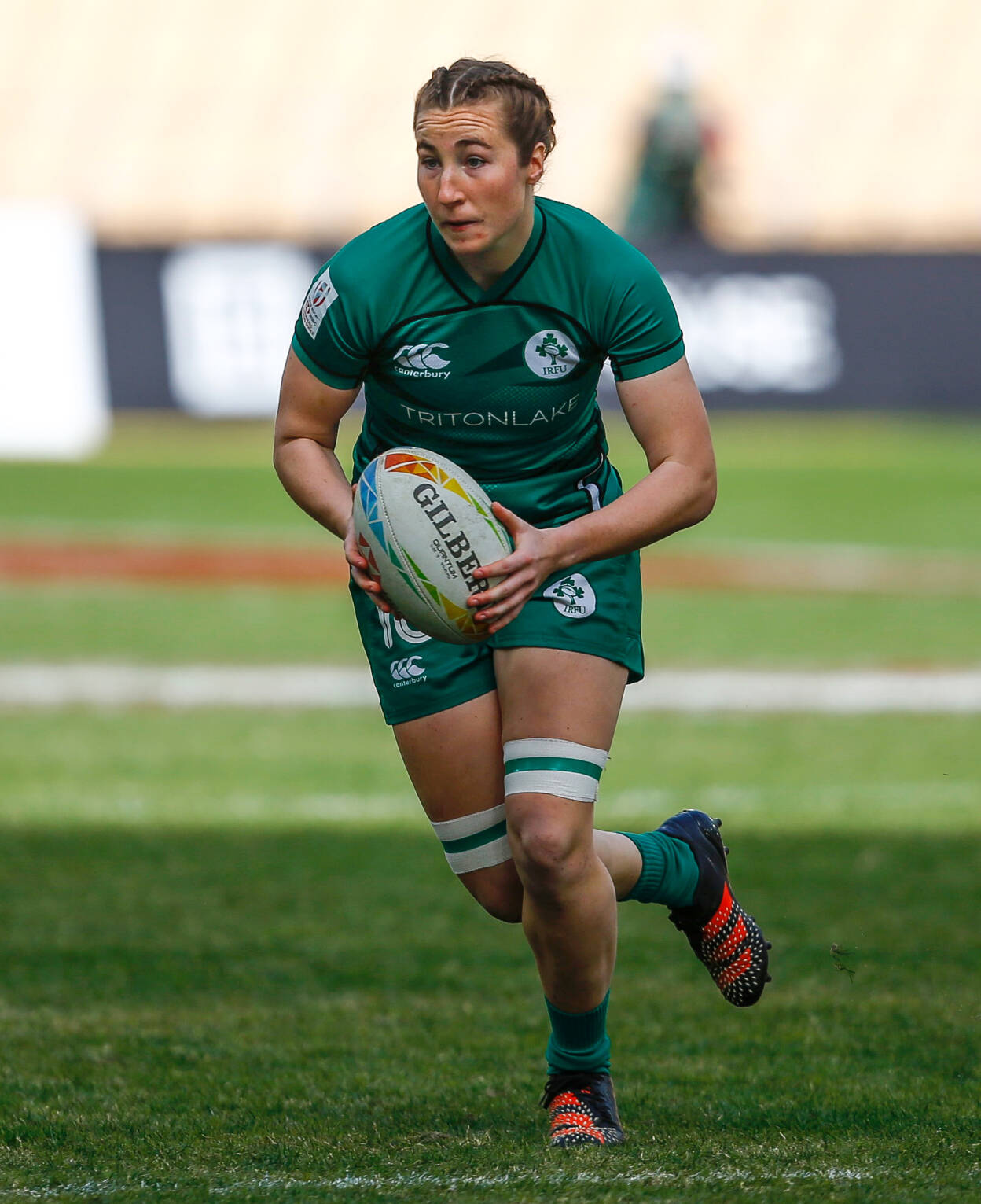 Thanks to her 14-try haul across the two tournaments in Spain, Murphy Crowe is the leading try scorer in this season’s World Series with 20.

Béibhinn Parsons, who was also in the running to make Seville’s Dream Team, is close behind on 16. The 20-year-old Ballinasloe starlet has scored 17 tries in a 25-match World Series career to date.

Mulhall (221 points) and Murphy Crowe (209) are second and third respectively, to Australia’s Charlotte Caslick (276), on the DHL Performance Tracker list for this season.

Wicklow woman Mulhall, whose work at restarts and set pieces has been particularly impressive, is the series’ top tackler this season with 68. Murphy Crowe has made the most clean breaks with 22.

The Women’s World Series will resume with the penultimate leg in Langford, Canada on April 30-May 1. The series concludes in Toulouse on May 20-22.

It is a busy year for the Ireland Women’s Sevens squad, who are currently fifth in the overall standings. A key goal for them is qualifying for the 2022 Rugby World Cup Sevens.

With the World Series no longer part of the qualification pathway for the World Cup Sevens, Ireland will aim to qualify via the Rugby Europe tournaments in the summer. The top four finishers there book their places for Cape Town in September.

Marcus Moneta is back in the world series

Watch ‘That Sevens Show’ ahead of Vancouver 2020