As the Ireland Men’s Sevens prepare to make history at the Tokyo Olympics by becoming the first Irish Rugby team to compete at the Games, the IRFU has outlined its commitment to evolving and strengthening the Sevens program’s standing as an Olympic Pathway.

Anthony Eddy‘s squad are currently finalizing their preparations for a maiden Olympics campaign in Tokyo, and as excitement builds for the start of the Rugby 7s competition on Monday 26 July, a huge opportunity awaits for Irish Rugby and the shortened format of the game in Ireland.

The heroics of the Ireland Men’s Sevens, as they’ve embarked on a remarkable journey from Division C of Rugby Europe just six short years ago to the pinnacle sporting event, has been well documented and the realization of their Olympic Dream promises to be a watershed moment for Irish Sevens Rugby, elevating the players, sport and program to a whole new level in front of a global audience.

The IRFU’s ambition for Sevens remains unchanged from when the Men’s and Women’s programs were re-launched in 2015, but now the foundations have been laid to further build a sustainable Olympic pathway for Sevens Rugby in Ireland, allowing young players to access the sport and realize their opportunity of representing Ireland at the 2024 and 2028 Games.

“The Ireland Men’s Sevens team qualifying for the Olympics is a huge opportunity for us to be able to build a sustainable pathway for Sevens Rugby in Ireland,” IRFU Performance Director, David Nucifora, says. “The interest that the Olympics will bring gives us the opportunity to be able to grow the game of Sevens throughout the country.” 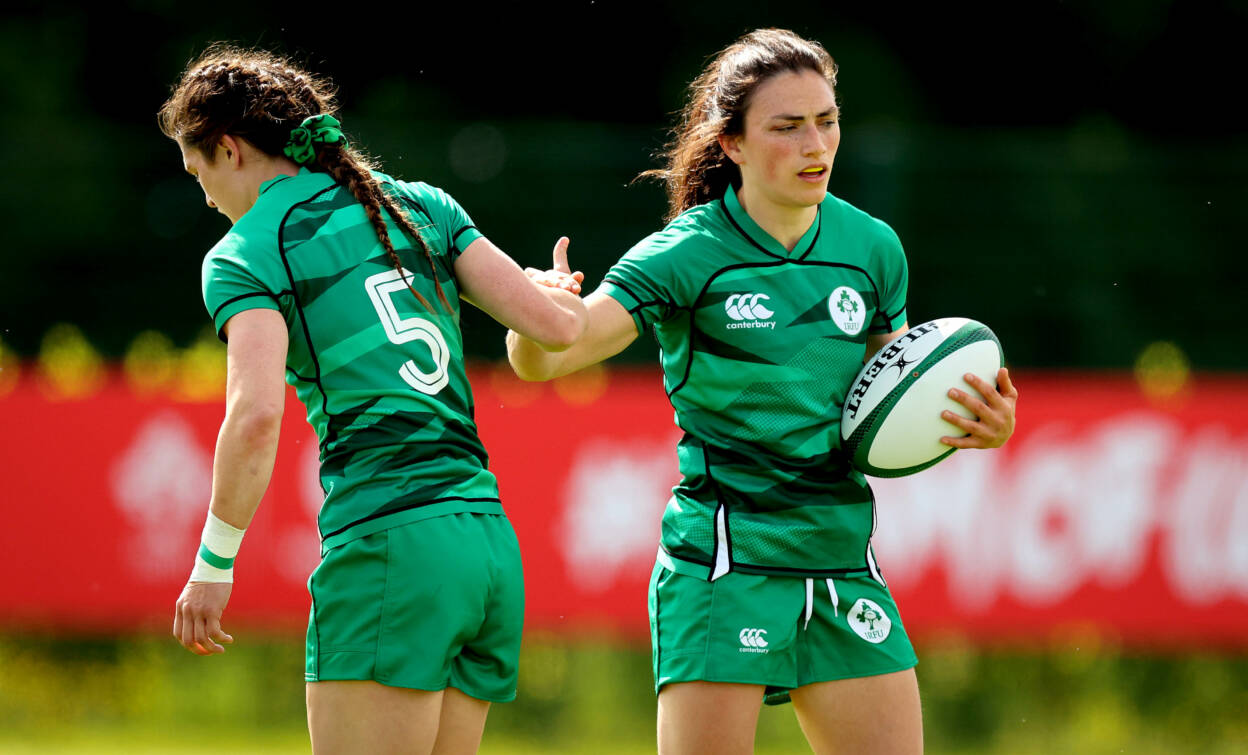 Key to the success of a sustainable Olympic Rugby 7s pathway is the continued alignment of the IRFU’s Participation and High Performance Programs and today’s launch of the 7s Legacy Strategy ensures there is a clear and defined Pathway within Irish Rugby for young boys and girls.

Sevens is an accessible sport for all ages and the value of Sevens Participation Programs in Secondary Schools, of Sevens Competitions in Third Level Education and of Age-Grade Interprovincial Structures cannot be underestimated with Irish Rugby fully aligned and committed to ensuring Tokyo 2020 is truly a watershed moment for the sport in Ireland.

With Paris 2024, Los Angeles 2028 and the 2026 Youth Olympics all on the horizon, this is a hugely exciting and opportunistic time for the National Sevens Programs, while the return of the HSBC World Rugby Sevens Series in 2021 and next year’s Rugby World Cup Sevens in Cape Town ensures a busy time ahead for the Men’s, Women’s and Underage squads.

“The opportunity created by the Men’s Sevens being in the Olympics enables us to be able to connect the Domestic Participation part of the game for young boys and girls to be able to see an opportunity to follow their Olympic Dreams,” Nucifora continues.

For Nucifora, the goal is clear: to build a pathway that connects the Participation and Domestic components of the game with the High Performance Programs, enabling young boys and girls to play the sport in their school and club, subsequently granting them access to selection for Provincial teams, National Underage squads and then the National Sevens squads, leading them into Olympic Games opportunities. 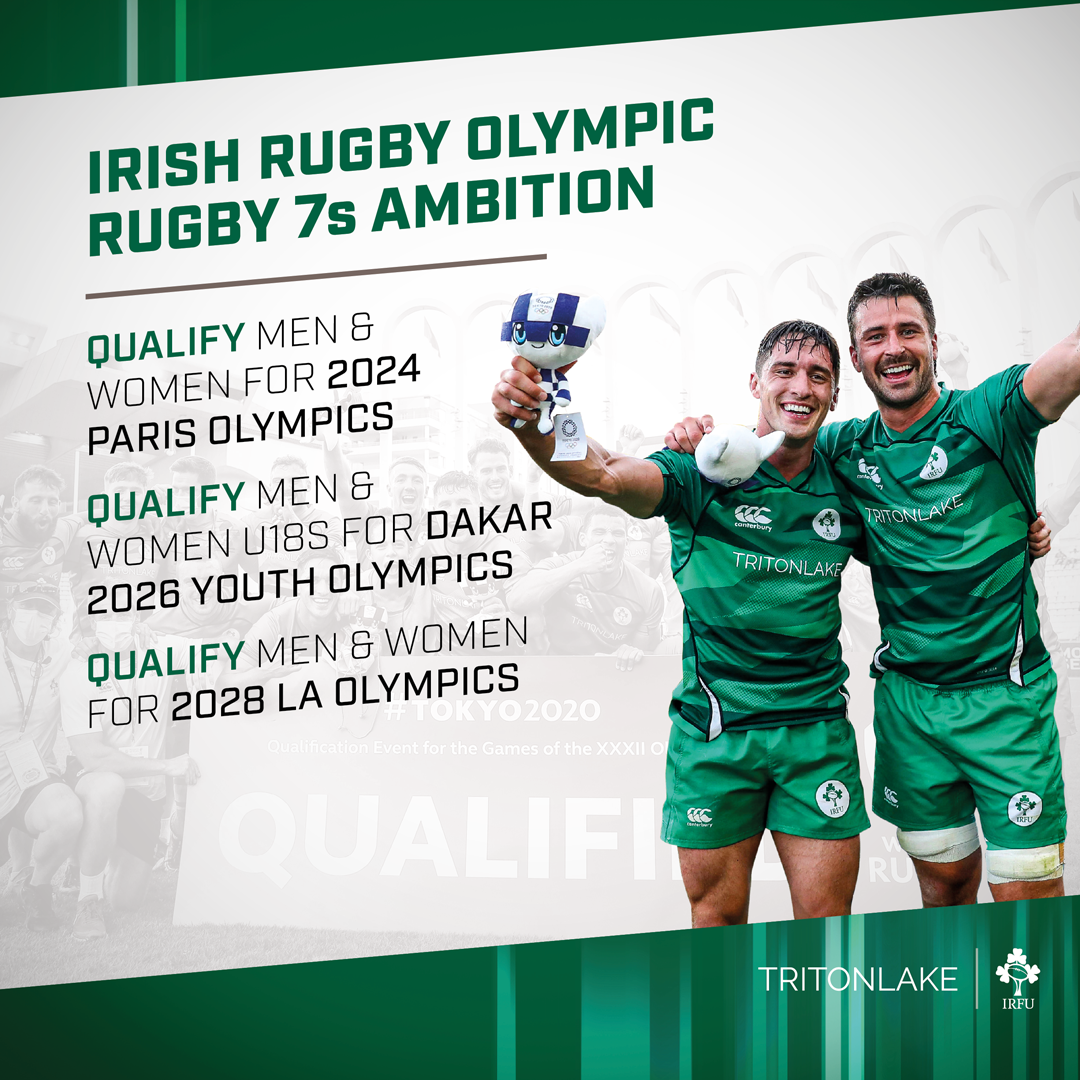 With the continued support of Sport Ireland, the IRFU has built the National Sevens Program and achieved remarkable success with the Men’s and Women’s squads on the pitch in a relatively short period of time, and Eddy – the IRFU Director of Sevens and Women’s Rugby – is determined to leave a legacy.

“We’re focused on leaving a legacy as a result of the team’s qualification for Tokyo,” he says.

“We want to build a Participation Pathway for the game of Sevens through the schools and clubs to open up the sport to non-traditional areas and players. It is a true pathway for a rugby player and we’re striving to get the development part of it right and truly open up the game for all and make it as accessible as possible. We’ll see the grow game in Ireland off the back of that.

“Tokyo is on our mind right now but looking towards Paris, it is only a three year turnaround and our ambition is to be there with both our Men’s and Women’s teams. We’re hugely excited for what’s ahead and know we can achieve all of these goals and ambitions in the years ahead.”